If Boris is to be believed, then "Crossrail for the Bike" is going to be going through Parliament Square. This is an important route, and hopefully a chance to set some high design standards. I used satellite imagery to map out Parliament Square and used the same colours as TFL consultations to mark out pavements, road and road markings ect. My finished version can be found below: 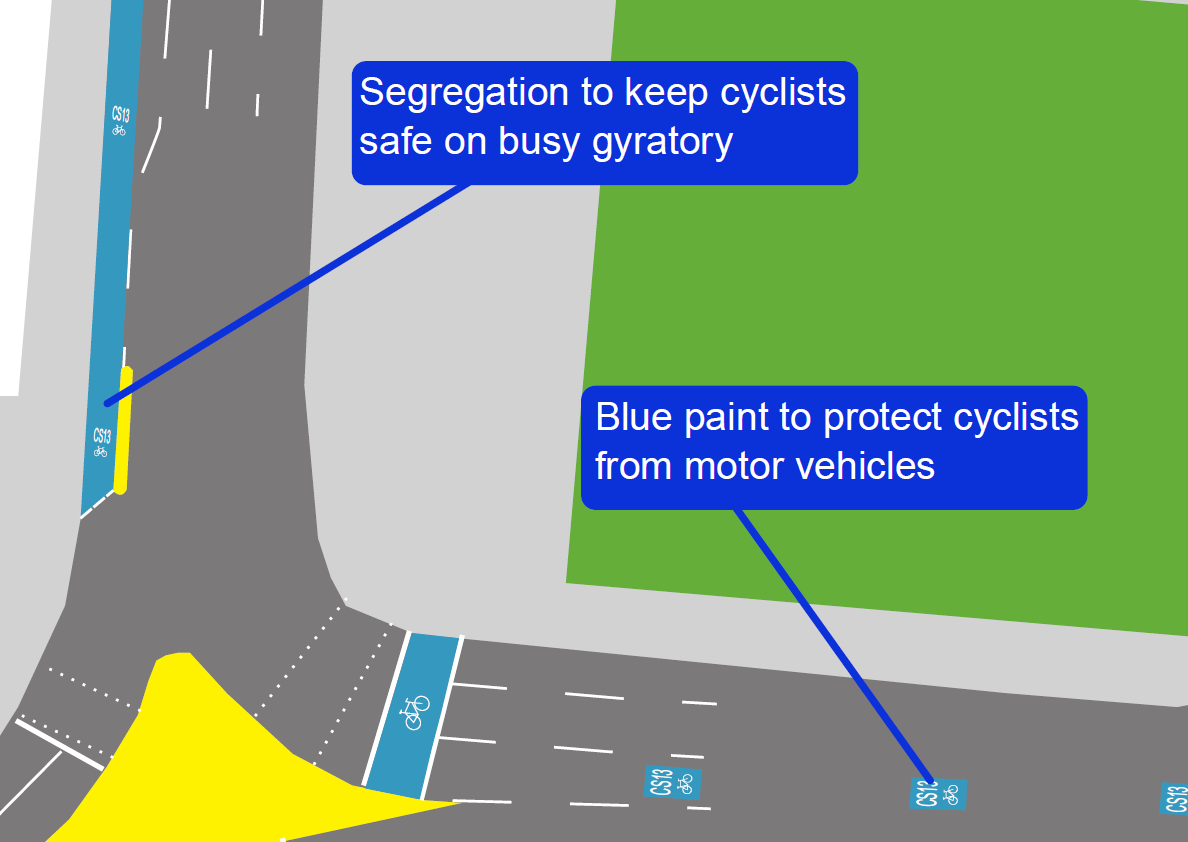 Another key feature is my use of an innovative new idea. The double advanced stop line will mean that when the first advanced stop line is blocked by motor traffic, cyclists will still be able to get ahead of other traffic in complete safety. Quite frankly I don't understand why nobody has come up with this idea before. 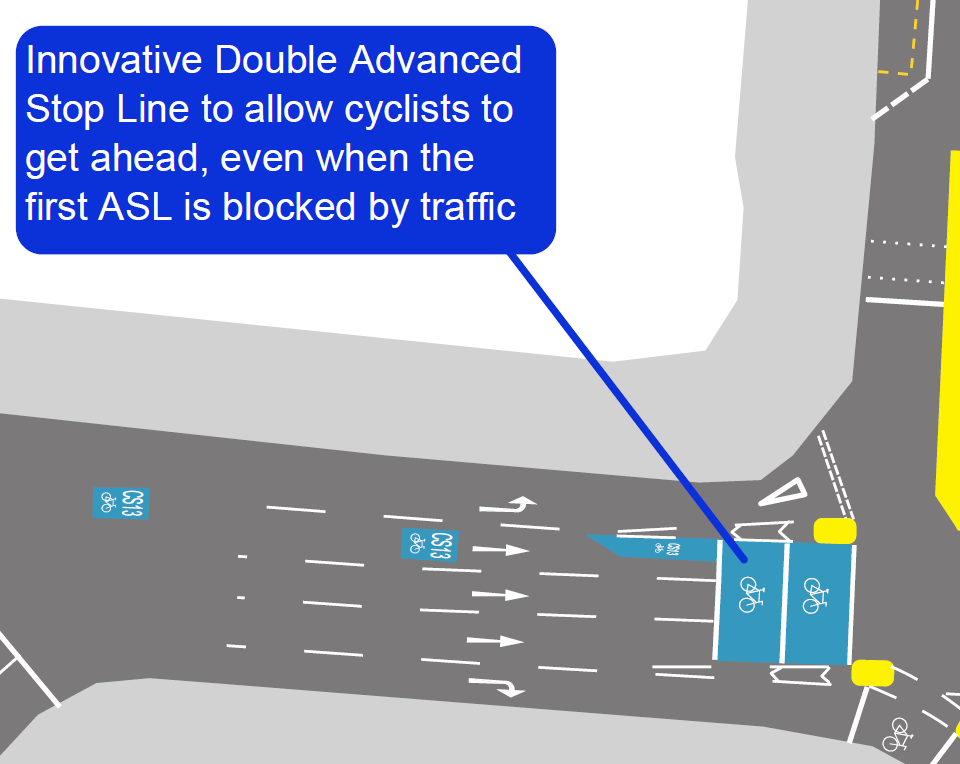 I feel that my design is the best that could fit into this location, after all there is only room for 5 motor traffic lanes around Parliament Square, so I feel I have done the best I could given the circumstances. I have shown my design to two other people (See responses from Rick and Eduard) and received positive responses, and I hope you agree.